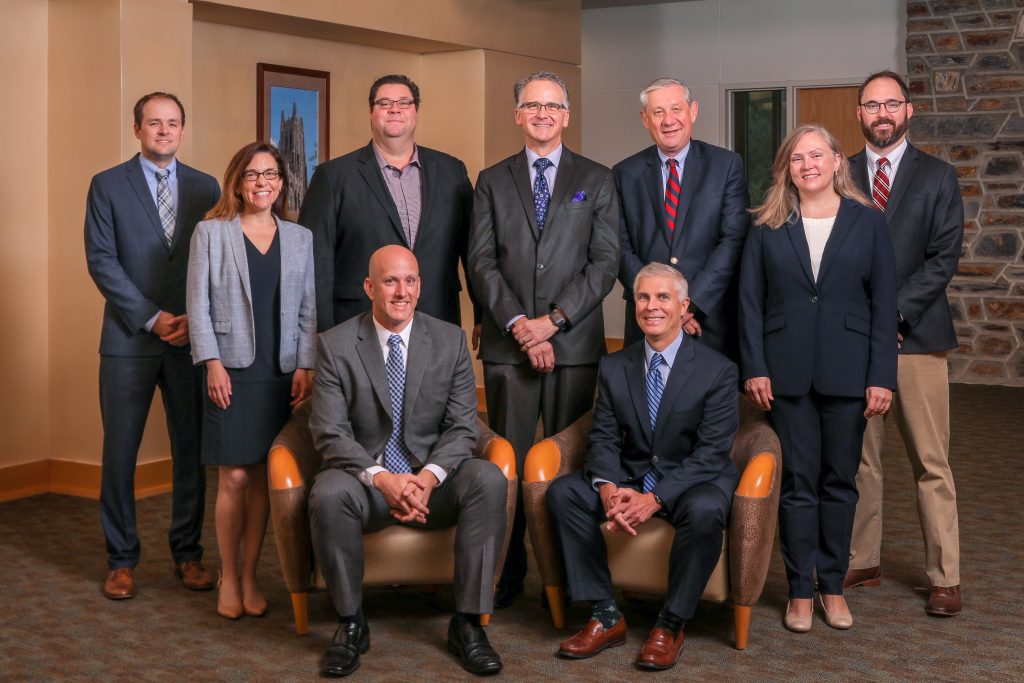 DURHAM, N.C. — As part of a massive national effort to improve and modernize flu shots, the Duke Human Vaccine Institute has received three research contracts from the National Institute of Allergy and Infectious Diseases (NIAID), with an initial award of approximately $29.6 million in first-year funding.

If the options on all three contracts are exercised, total funding could be up to $400 million over seven years, which would be the largest federal multi-contract award supporting one program in Duke’s history. The contracts are part of an ambitious initiative under NIAID aimed at developing a longer-lasting, more broadly protective vaccine to replace the seasonal flu shot.

“The Duke Human Vaccine Institute has long been a global leader in the research and development of lifesaving vaccines, and these extraordinary contracts will strengthen the institute’s efforts to develop innovative solutions to one of the most pervasive and intractable health challenges we face today,” said Duke University President Vincent E. Price. “This work reflects Duke’s commitment to addressing the world’s most pressing problems, and we are proud that it will be conducted by these teams of Duke researchers.”

Current flu vaccines do not protect against all varieties of the virus and require new formulations each year, which are based on predictions of what is likely to be circulating during flu season. A more universally protective vaccine could cut the toll of influenza, which kills 300,000 to 500,000 people worldwide each year and causes up to 5 million cases of severe infection that often result in costly hospitalizations.

“We’ve done a really good job with the Center for HIV Vaccine and Immunology consortium for over 15 years and we’ve just been funded for another seven years to finish that work,” Haynes said. “Our experience in HIV leads directly to our being able to join the universal flu vaccine effort and impact it immediately.”

The vaccine development contract awarded $7.9 million in first-year funding, with up to $107.5 million over seven years if all the contract options are awarded. It will be led by M. Anthony Moody, M.D., associate professor in the departments of Pediatrics and Immunology at Duke School of Medicine.

Duke is one of three academic centers awarded the CIVICs vaccine development contracts.
As part of vaccine development, the DHVI team will conduct basic immunology and virology research to identify potential vaccine candidates. Moody said some of this work has already been done, and candidates are already in contention. For this portion of the project, Moody said, Duke’s contract encompasses collaborative work with Boston Children’s Hospital, Ragon Institute of MGH, MIT and Harvard, the University of Pennsylvania and the University of Texas.

“A big part of the vaccine center is really focused on basic immunology,” Moody said. “We will be asking fundamental questions about what we want, how to measure success, and then how to achieve it. This initiative brings together a great group of scientists in the field who have a lot of ideas. We’ll test those ideas and really let the science drive it and figure out which ones are best.”

The second contract, $13.8 million in first-year funding and valued up to $116.7 million over seven years if all options are exercised, is for vaccine manufacturing and will be led by Matthew R. Johnson, Ph.D., senior director of product development at the DHVI.

Johnson oversees a facility within the DHVI that houses state of-the-art equipment and meets Good Manufacturing Practice (GMP) standards for the production of vaccine products used in proof-of-concept Phase I clinical trials.

“We have research scientists working directly with the teams that are developing manufacturing processes and then producing human vaccines,” Johnson said. We don’t see that anywhere else within the pharmaceutical industry, and it’s very rare in the academic community, as well.

“What that enables us to do is speed the development of novel therapies from the research bench all the way to human clinical trials,” Johnson said, adding that the DHVI is the only contract recipient for vaccine production under of the CIVICs project.

The third contract for the DHVI, $7.9 million in first-year funding and valued at up to $176.6 million over seven years if all options are exercised, provides funding for clinical trials that test the vaccine candidates developed through the CIVICs program. Duke is one of two centers receiving contracts to run the clinical trials.

The principal investigator for the clinical trials contract is Emmanuel “Chip” Walter, M.D., a professor in the Department of Pediatrics at Duke University School of Medicine and chief medical officer of the DHVI. This phase will test promising vaccines in small groups of healthy adult participants.
Successful vaccine candidates may eventually be advanced to larger clinical trials and human challenge studies in healthy adults and people at high risk of the most serious complications of flu, including children, pregnant women and older adults.

“We have broad range of investigators and expertise that has placed the DHVI on the forefront of vaccine development,” Walter said, citing both the center’s track record in HIV vaccine development as well as for flu. Responding to the 2009 pandemic flu, he said, the DHVI team was involved in testing a vaccine before it was used in the broader population.

“The Duke Human Vaccine Institute is well-poised to conduct this research under this endeavor,” Walter said. He noted that the Duke contract on this portion of the project provides for work with researchers at the University of Iowa and Imperial College London.

Duke’s participation in the CIVICs project is the most expansive of the group of academic centers involved and reflects the institute’s stewardship of complicated research efforts, Haynes said. Under his leadership, the DHVI has led HIV vaccine development since 2005 and recently was awarded $129 million to move into the final stages of vaccine development for that initiative.

In addition to researching HIV and influenza, investigators at the DHVI conduct basic and translational research to develop vaccines, therapeutics and diagnostics for tuberculosis, malaria, Ebola, cytomegalovirus and the zika flavivirus.

“For decades, Duke researchers have been at the forefront of advancing the technology and science of vaccine development for infectious diseases, particularly HIV,” said Mary E. Klotman, M.D., dean of Duke University School of Medicine. “Now, it is exciting to see the progress they have made to inform and impact vaccine development for many other areas.

“These contracts with NIAID provide critical funding that will allow researchers at Duke to focus specifically on the development of a vaccine that will provide broad and lasting protection against influenza, saving potentially hundreds of thousands of lives each year,” Klotman said.

“We at Duke are honored to participate in this ambitious national endeavor to develop a new flu vaccine and are proud of the remarkably important work that has been done over the years at the Duke Human Vaccine Institute,” said A. Eugene Washington, M.D., Duke University chancellor for health affairs and president and CEO of Duke University Health System.

“Considering the stellar record of excellence and impact by our community of researchers, staff and trainees at the DHVI and throughout Duke, we are tremendously confident this new massive national effort will succeed and indeed improve health worldwide,” Washington said.

This site uses Akismet to reduce spam. Learn how your comment data is processed.